is open for business 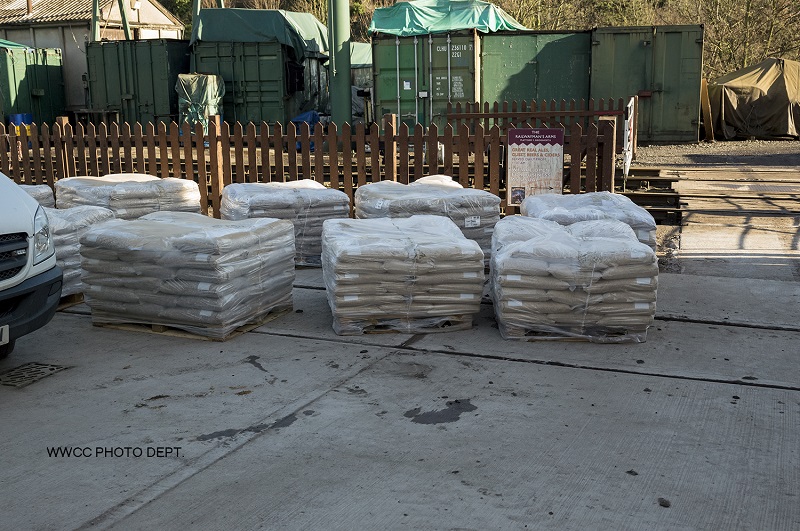 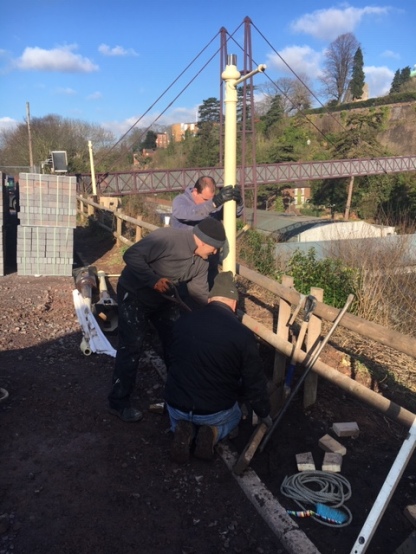 Following Tuesday’s movement of the new lamp standards towards the top of the Donkey Gallop, it was decided to get the first three (of five) concreted into position, this was achieved with the aid of the JCB which allowed the posts to be accurately positioned before the concrete was applied.  It has to be said this was probably the easiest part of the operation, the two remaining posts have to be manhandled down the Donkey Gallop, under the handrail, then brought to the upright position, all without the aid of a JCB and without damage to the steps of the Donkey Gallop.  Additionally, we still have to dig a one foot deep trench between all five lamp standards to take the steel wired armoured cable and make provision for getting the cable to each lamp head.

Elsewhere modifications were made to the door hinges in the Railwaymen’s Arms, more paint was applied to the new gates under construction to replace those between the Signal Box and the Wendy Hut, and further progress was noted in the bench refurbishment in the tent.